Mrs. Koch was the retired Director of the IUPUI Office of Gerontology, a mother, and grandmother.  Her severe lung disease made it physically impossible to do much, but it could not hold her spirit and humor back.  By the time we met Mrs. Koch during her final hospital stay, she had already come to terms with the fact that she was reaching the end of her life, with no chance that her lungs would heal.  This was something that she seemed to accept without resignation or depression.  She possessed the hard earned perspective of one who had lived a long and beautiful life, a life that had clearly included ample self-reflection.

When I met her, I was struck by a vibrancy undeterred by frequent drops in her oxygen level.   She received a very high flow of oxygen, but not unlike many medical therapies, the device which delivered it proved to be far less than perfect. For Mrs. Koch, it did not prevent profound attacks of shortness of breath. While barely keeping her oxygen levels normal, the device would not permit her to go home.

Mrs. Koch’s days were filled with visits from doctors and other healthcare workers interspersed with visits from many family members and friends.  This would be a dizzying experience for the most social amongst us.  Meaningful moments mixed with moments of annoyance and pain, and perhaps some moments brought all three.  I witnessed suffering outweighed by her grace.  In the quiet of the nights, exhaustion would set in and she became especially prone to her oxygen drifting down to dangerous levels.  She quickly reached a point where death ceased to feel dangerous.  At one time in her life it was presumably a foe, but now it became a friend.  The danger she fought was not death, but the fear of suffocation in the transition.

We could not fix Mrs. Koch’s lungs or liberate her from medical technology.  Life would never return to normal, and she knew this before some of her doctors.   How could she maintain control over how she lived her final days, ensuring that she would not suffocate? This was the most important question.  With her daughter’s advocacy and support, Mrs. Koch decided to let go of any illusion of recovery.  We asked her to paint the picture of her final few days.  Her requests were simple and, with hope, achievable:  1.  Wait for her son to arrive from Switzerland and 2. Have a last family meal in her hospital room.

The morning after her son and his partner arrived, she and her family finalized plans for dinner.  She wanted take-out from one her favorites: Outback.   She wanted to try champagne again for the first time in many years.   Curiosity had clearly served Mrs. Koch well in her life, and why should she let go of this now? Her family decided not to wait until the evening meal, instead opting to have dinner at 11 am, complete with celebratory champagne and birthday cake for her grandson, who came with a gift for her.  He told her it was ok for her to die on his birthday, and that memories of her would be gifts for him on future birthdays.  Days already marked for celebration seem off limits for death, with fear that death might taint the day with sadness.    Mrs. Koch’s grandson will experience some sadness in the future on his birthday, and gratitude for his grandmother’s life will press down on the other side of the emotional scale.  Can we make a choice about the meaning we give to life’s events?

A few hours after dinner, it became clear that Mrs. Koch’s condition was likely to deteriorate whether we removed her high flow oxygen or not.  It was time to release her from medical technology.  With the right medications, we slowly turned down the vapotherm.  She slept.  Grief presented itself to her family as uninvited yet expected- something to radically accept without battle.   Sadness and peace settled in our hearts.

Dr. Greg Gramelspacher, Director of the EHS Palliative Care Program would like to invite all avid bicyclists to join our team for the seventh annual Ride to Remember (R2R7).  The R2R is an annual remembrance ride and opportunity to raise funds and awareness to further support our Bereavement Program, No One Dies Alone (NODA) program, Educational Efforts, and Outpatient Follow-Up Liaison position.

The event will take place on July 16th, 2016.  Our goal is to have cyclists and raise funds for the patients we serve each and every day.  All interested riders must complete the attached R2R7 Rider Registration form.  A completed and digitally signed Rider Registration form may be returned to <EHSRide2Remember@gmail.com>.  Those individuals seeking additional information are encouraged to contact the Palliative Care Program by phone at 880.8251 or by the email address listed previously.

The Eskenazi Health Palliative Care event Ride to Remember will once again be sponsored by the Glick Family Foundation.

The Glick family is known throughout Indiana for its philanthropy. Gene and Marilyn Glick instilled philanthropic values in their own family and in the company they created, the Gene B. Glick Company. Today, members of the Glick family and the Gene B. Glick Company continue the tradition of generosity that Gene and Marilyn started.

The Glick Fund is focused on making a measurable impact four key areas, 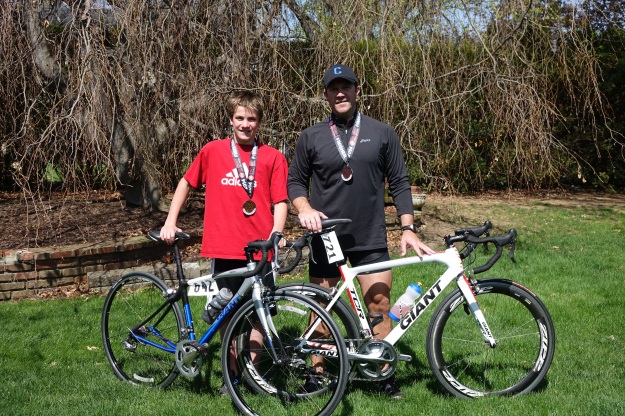 Green will ride along side 25 other Eskenazi Health cyclist as they ride in the Ride Across Indiana (RAIN). The ride stretches 160 miles from Terre Haute, Ind. to Richmond, Ind.

These 25 Eskenazi Health cyclists are riding in memory of the patients that the Eskenazi Health Palliative Care Program has cared for over the past year. It is also an opportunity to raise money for the contiuation of the growing palliative program.

Green says his favorite training route is his morning commute to work at Eskenazi Health from the Northern Hamilton County loops.

Green says there are three reasons he chooses to participate in the Ride to Remember, One; to remember the patients palliative care has cared for, two; he has an obbsession with anything that has two wheels and three; because he can!

Green’s favorite cycling quote is, “Whenever I see an adult on a bicycle, I have hope for the human race.” – H.G. Wells

Edmonds says his favorite training ride is either the Nashville 90 that takes place in Bloomington, Ind. or any other ride around the Bloomington area with his cycling friends.

Edmonds joined Eskenazi Health Cycling team for R2R6 to support and promote the Eskenazi Health Palliative Care program. Edmonds also participates to remember both a nephew and cousin who passed away this past year.

His favorite memory from a ride came from the most recent Nashville mile when the riders had to dismount the bikes, carry shoes, socks and bikes a quarter of a mile through thigh-deep, moving water.

Edmonds’ favorite cycling quote comes from Albert Einstein, “Life is like a bicycle, you must keep moving.”

Eskenazi Health Palliative Care Program is happy to partner with Premier Hospice in the Ride to Remember event in order to support the patients and families that both organization have worked together to support over the past year.

Arteag enjoys cycling and uses it as a tool to stay fit and lose weight. His favorite training ride is a ride from Greenfield, Ind. to Richmond, Ind. Arteaga participates in the Ride to Remember event because he says it is a great cause.

Ride to Remember is an event put on by Eskenazi Health Palliative Care Program. The event is to honor patients that have passed away in the last year under the care of the Palliative Care program.

Considering my RAIN R2R6 training regimen of sausage and beer, this custom bike from Guten Biken might be a better choice for the ride this year!

Alisha Bernhardt will participate for a third year in the Eskenazi Health Palliative Care program event Ride to Remember.

The 6th annual Ride to Remember is an event put on by the Eskenazi Health Palliative Care program where riders join together in order to honor the patients the palliative care program had who passed away in the last year. Riders will ride along a 160-mile route from Terre Haute, Ind. to Richmond, Ind. in conjunction with Ride Across Indiana (RAIN). RAIN is put on by the Bloomington Bicycle Club.

Riders of team Eskenazi Health will wear Eskenazi Health jersey’s and carry with them a card with the names of every patient lost in the last year under the care of palliative care.

The event will take place on July 11, with the start line located at St. Mary of the Woods College in Terre Haute, Ind. There will be designated stops along the route for riders to refuel themselves with food and water all the way to the finish line in Richmond, Ind. 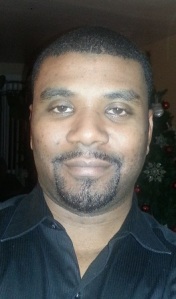 Although not new to the Ride Across Indiana (RAIN) event, Michael Emmanuel II will be participating in this years event as a member of the Eskenazi Health Palliative Care team. This will be his third time riding RAIN.

Emmanuel’s love for cycling began as a young child and he recalls the event that started it all. “My first time riding some 30 years ago. I remember being on my sister’s Strawberry Shortcake bike with the banana seat as my uncle pushed me down the street and let go. The rest is the love of cycling,” said Emmanuel.

Now when Emmanuel rides, he says his favorite place to ride is the Broadripple Friday “Social Ride”.

Emmanuel was inspired to participate in the Ride to Remember 6 when Dr. Gregory Gramelspacher told him about the event and its purpose, which is to honor the Eskenazi Palliative Care program patients who have passed away in the last year.

The event was established in 2009 when Dr. Gramelspacher rode his bike over 3,000 miles across the country to honor and remember patients of the Eskenazi Health Palliative Care program since the programs beginning.

The Ride to Remember 6 will take place in conjunction with RAIN July 11, in Terre Haute, Ind.